Home SCIENCE COVID may have pushed one of the main seasonal flux strains to...
SCIENCE 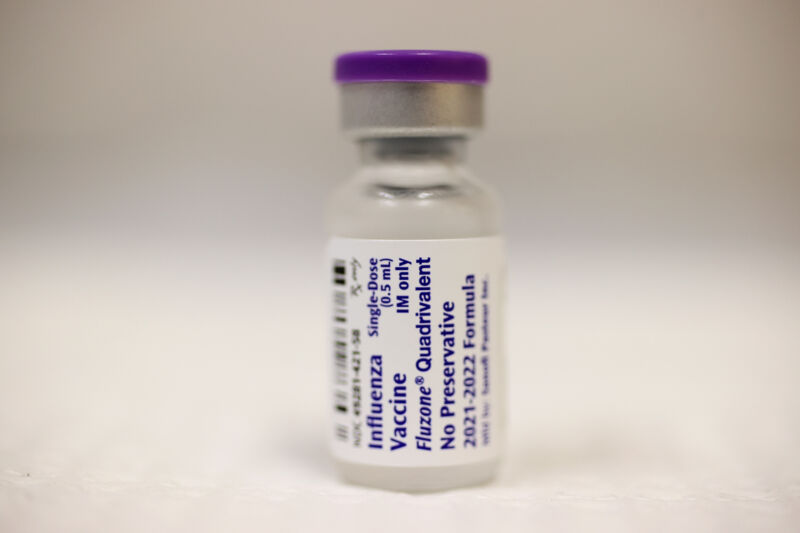 The debut of the pandemic coronavirus caused universal havoc: not even the seasonal flu viruses were spared. Amid travel restrictions, quarantines, lockdowns, physical distancing, masking, enhanced handwashing, and sanitizing, the 2020-2021 flu season was almost canceled. That meant not only an unprecedented global decline in the number of people sick with the flu, but also a dramatic collapse in the genetic diversity of circulating flu strains. Many subtypes of the virus almost disappeared. But most notably, an entire lineage, one of only four influenza groups targeted by seasonal flu vaccines, went completely dark, apparently extinct.

researchers noted the absence last year as the flu was still struggling to recover from its pandemic knockout blow. But now, the flu has returned with a vengeance and threatens to cause a particularly nasty season in the northern hemisphere. Still, the influenza B/Yamagata lineage is still missing, according to a study published this week in the journal Eurosurveillance. It has not been definitively detected since April 2020. And the question of whether it is really extinct remains.

What the absence of B/Yamagata might mean for future flu seasons and flu shots also remains an open question. For a quick refresher: Four main types of seasonal flu have been circulating globally among humans in recent years. Two are type A influenza viruses: subtypes of H1N1 viruses and H3N2 viruses. The other two are influenza type B viruses: offshoots of the Victoria and Yamagata lineages. (For a more detailed explanation of the flu, check out our explainer here.) Current quadrivalent vaccines target season-specific versions of each of these four types of influenza viruses.

Having fewer flu viruses means it could be easier to match future vaccines to circulating viruses, making seasonal shots more effective. On the other hand, a surprise B/Yamagata resurgence could become more dangerous as time goes on and people lose immunity. But before health experts can determine future flu seasons, they would like to know if B/Yamagata is really gone.

In an article published this week in the journal Eurosurveillance, researchers in the Netherlands analyzed the latest global influenza surveillance data up to August 31, 2022, looking for the missing strain. They note that GISAID, a global database of influenza virus genetic sequences that typically retrieves thousands of influenza sequences each year, has not received a single B/Yamagata sequence with sample collection data after March 2020.

The World Health Organization’s FluNet surveillance data had a small number of reports of the missing lineage: 43 in 2021, mostly from China, and eight sporadic cases from four countries in 2022. For comparison, there were more than 51 000 B/Yamagata detections in 2018.

The authors suggest that the small number of cases in the past two years may be misdetections. Rather than circulating virus, they may simply be detecting B/Yamagata signatures in vaccines containing live attenuated influenza viruses. Or, they could be genetic contamination from inactivated virus vaccines. This is not just a hypothesis. The authors note that several detections of B/Yamagata In the USA and Scotland were found to be from live attenuated influenza vaccines rather than actual cases of circulating virus.

The researchers call on flu surveillance labs to increase efforts to detect any cases of Yamagata to determine if it’s really gone or just hiding. “From a laboratory perspective, we believe it would be advisable to increase the ability to determine the lineage of all influenza B viruses detected worldwide, as this is essential to determine the absence of B/Yamagata lineage viruses,” they conclude. . They also propose that the World Health Organization establish criteria to define when the lineage could be declared “extinct” and what could be the consequences of what that declaration could be.

John Sullivan: US ambassador to Russia leaves Moscow and will retire

Sullivan departs amid a period of heightened tensions between the US and Russia that have not been seen in decades. He is leaving...
Read more