“Gorbachev is difficult to understand” 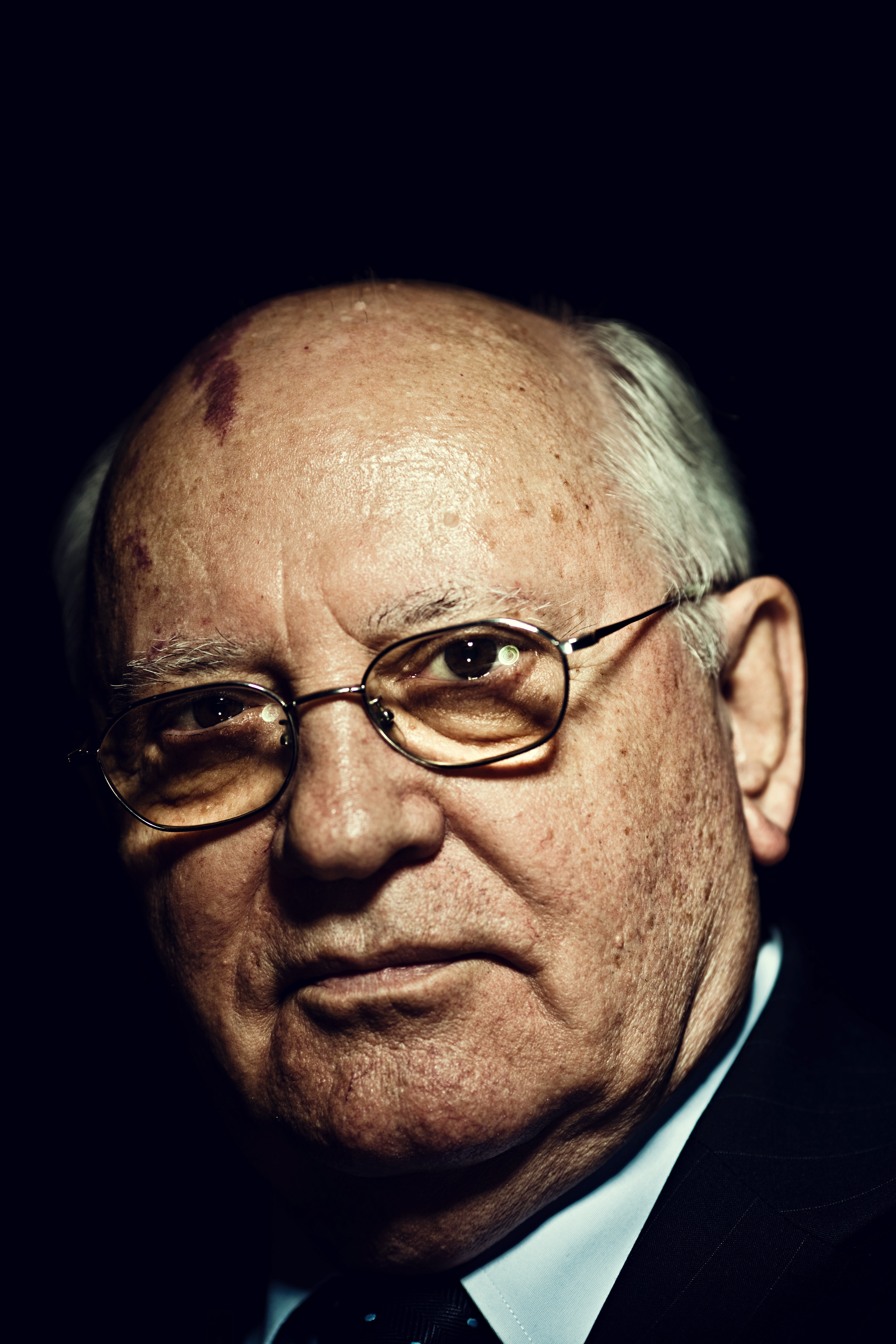 In 1988, my family and I spent five months in Moscow on an academic exchange program. I witnessed Gorbachev’s attempts to make his country and the world a better and more decent place through his programs of perestroika other glasnost. But I got to know the man when I met him in 2005, more than a decade after he was forced to step down as the first and last president of the USSR. After that, during many meetings over a 14-year period, I found firsthand some of the qualities that made him both admirable and vulnerable.

When I go out to write the biography of Gorbachev, I assumed that he would have to overcome his deep-seated suspicion of a Western writer. But by then, he had become one of the most unpopular men in Russia, where he received less than 1 percent of the vote as a candidate for president in 1996, so he hoped he might seem preferable to a post-Soviet hack. I approached him through his longtime collaborator Anatoly Chernyaev, whom I met at a couple of history conferences, and the late American Russia specialist Stephen F. Cohen, a personal friend of the Gorbachev family. But instead of asking Gorbachev for permission to undertake the biography of him (for fear that he would say no), I told him that I was doing so and requested his cooperation. Hoping to impress him, I sent him a copy of the English version of my Nikita Khrushchev biography, followed by the Russian translation. But I couldn’t say whether it had the desired effect because, as Chernyaev warned me, Gorbachev was wary of praising others, even close associates who adored him. “Solid book,” grunted Gorbachev when I saw it next.

However, he agreed to cooperate, and a year later he approached me and my wife Jane (a professor of Russian language, literature, and film at Amherst) at a Moscow concert held in his honor. Kissing her three times on alternate cheeks with a twinkle in her eyes, she pronounced in Old Church Slavonic: “In the name of the Father, the Son and the Holy Spirit.” Jane wasn’t quite sure if the former leader of godless communist Russia was making fun of her or not.

“How’s the book going?” Gorbachev asked me. “Slowly,” I apologized. “Okay,” he said cheerfully, “Gorbachev is hard to understand.” He had a wry sense of humor, but his habit of referring to himself in the third person revealed a robust ego that may have undermined him. At Gorbachev’s 75th birthday party, held in a private banquet hall outside Moscow in March 2006—in contrast to Yeltsin’s celebration the same year in Putin’s Kremlin—Gorbachev paused in the middle of a series of in-person and recorded tributes from world leaders to proudly announce that the American author of the Khrushchev biography was now working on Gorbachev himself.

A veteran Western ambassador who represented his country in Moscow under Gorbachev later insisted to me: “Gorbachev is No hard to understand.” Maybe not for him, but I spent more than a decade trying to do it, in particular, to find out what made him think he could democratize a country that had never known democracy.

During the spring of 2007, Jane and I spent several months in Russia. After requesting a series of formal interviews with Gorbachev, we were granted “at least one.” With the prospect of more conversations depending on how the first one went, I deployed two tactics. One was to start each question I asked with a reference to something he had previously said or written, to show that he had done my homework and discourage him from simply repeating it. Second, I began by asking about his grandparents, on the theory that in a couple of hours my loquacious interviewee would barely have finished recounting his childhood and would welcome more conversations so he could talk about his accomplishments during his years in power.

These tactics worked. Jane and I had seven more long interviews. We expected Gorbachev to demand that we submit our questions in writing before the interviews, but he never did. We expected him to have his own interpreter in mind (even though Jane and I are fluent in Russian), but he didn’t. He was sincere throughout our conversations. He surprised me when he told me the story of how his mother often whipped him with a belt until, at age 13, she grabbed it, ripped it off and said, “That’s it! no more!” At that point, she burst into tears as he added, “I was the last thing I could control and now that was gone.”

During a later interview, I was surprised when Gorbachev said that he did not tell his wife that he was about to become Soviet leader until the night before he was anointed. Was it because she was afraid he wouldn’t get the go-ahead, I asked her, or because he would? The latter, he admitted. “Do we really need this?” she asked him that night, an early sign that the pressure on her, as Gorbachev’s great project faltered, would be even greater than on him. He seemed to enjoy the fact that Jane and I were working together; still in love with Raisa, he always respected women, unlike most of Russia’s leaders, particularly the current one.

Gorbachev was warm, natural and informal during our interview sessions, and funny too. When we mentioned that our daughter and son-in-law were coming to Moscow to visit us, he smiled and asked, like a true politician: “Would you like to take a picture with me?” When our daughter Phoebe asked to take a picture of herself, she posed with a copy of her memoir and read a passage that described her grandfather’s garden: an apple tree, a pear tree, and a tree whose name in Russian I didn’t understand. I turned to Jane to rescue me, but she didn’t know the fruit either. Then Gorbachev, his eyes shining again, pointed an accusing finger at Jane and said with a big smile: “And your name is Russian teacher?” We later found out it was a cherry plum.

The rest of our interviews, in 2007 and subsequent years through 2016, lasted about two hours each. We weren’t always sure when they would happen. Often we would be summoned out of the blue by his office and we would rush across Moscow to his office, where he would greet us with warm and strong hugs. At first, the Gorbachev Foundation occupied most of its office building on Leningradsky Prospekt, but rented a flat from a bank to support the foundation’s budget. By 2016, with that budget shrinking because a visibly aging Gorbachev could no longer continue his lucrative lectures abroad, the space dedicated to the foundation was also shrinking sharply. Still, Gorbachev facilitated our meetings with current and former advisers in Moscow and in Stavropol, the southern city where he climbed the ladder of the party apparatus, and our visit to Privolnoye, the town where he was born. We also find other ways to meet his former rivals and adversaries.

for when my book, Gorbachev, was published in 2017 (Russian translation 2018), he had become ill and weakened. While my approach is generally admiring, it’s critical enough that I worry that I’ll hurt him in his weakened state. So Jane and I were surprised when we were invited to a small lunch at her foundation in our honor. The executive director of the foundation told us that he was determined to come even though he had been in the Kremlin hospital and was deeply embarrassed to be seen in a wheelchair. He staggered into the room and greeted us again with powerful hugs. Among the few other guests were a filmmaker, Vitaly Mansky, and a playwright, Aleksandr Gelman, who were making a documentary about Gorbachev, which was eventually called “Gorbachev. God.” The film shows him living in a comfortable dacha. With a chef, waitresses, and chauffeurs/bodyguards, Gorbachev’s house at first seems like a “heaven.” But, in fact, he lived alone, without his family, and the film It shows him distraught over his own career, proud of what he had done, but debating with himself about the outcome of it all, underlined by the recurring image on the television screen behind him of Vladimir Putin making a speech.

While we were at lunch at the Gorbachev Foundation, its executive director whispered to me that Gorbachev liked my book. I felt half ashamed to be praised for his subject, as if in exchange for his help I had sacrificed my objectivity to please him, but pleased that the man I had struggled to understand thought I had succeeded.

In 2019, early on the morning of my birthday, we were woken up by the phone at our home in Amherst, Massachusetts. The Gorbachev Foundation was calling. After a pause, I heard a familiar voice. Bill, how are you? Gorbachev said using the intimate second person singular that he had used not only with family and friends, but with most of his subjects. “When are you coming back to Moscow? And by the way, how is the book selling?”

Climate change measures are much more popular than Americans think

A bug in watchOS 9 prevents Spotify streaming from working properly

If you are a Spotify user, check your email because the company has sent a warning not to update to watchOS 9 yet. ...
Read more