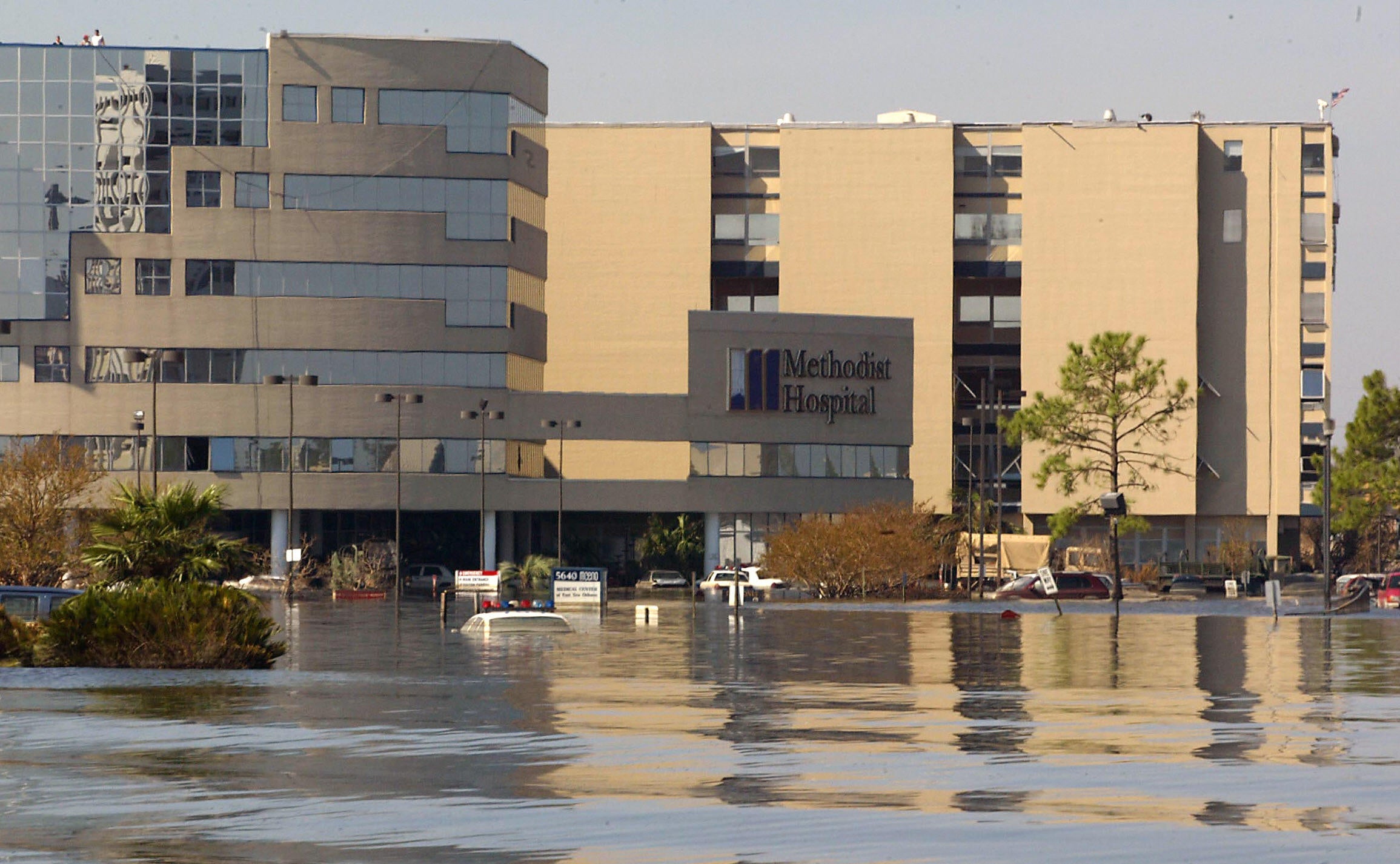 Hundreds of hospitals along US coasts are in danger of flooding when hurricanes hit, new research warn. And as sea levels continue to rise, so will the risks of flooding.

The findings were published Thursday in the journal geohealth by a team of researchers from Harvard University’s TH Chan School of Public Health.

The study examined 682 acute care hospitals in 78 metropolitan areas along the East Coast and Gulf Coast, all located within 10 miles of the coast. Using a storm surge model developed by the National Weather Service, the researchers investigated which sites were at risk of flooding in the event a hurricane made landfall as a Category 1, 2, 3 or 4.

They found that 147 hospitals, with more than 40,000 beds, would likely be flooded in the event of a Category 1 hurricane. A Category 4 storm would put 306 hospitals at risk.

While hurricanes are less likely to make landfall in the Northeast, the region’s populous cities mean large numbers of people would suffer if hospitals were flooded.

Next, the researchers examined the ways that future sea level rise might affect hurricane flood risks. Higher ocean levels can worsen the impact of storm surges.

If sea levels were to rise by about 2.7 feet, a likely possibility by the end of the century in the event of severe future warming, the risk of flooding would increase for hurricanes of all categories. Cities like Baton Rouge, Louisiana; Virginia Beach, Virginia; Corpus Christi, Texas; Philadelphia; and Boston saw increases of more than 90 percent in the number of beds at risk from a Category 2 storm.

“Now we have a better idea of ​​which hospitals are likely to be flooded today by a hurricane and which need to prepare for greater risks in the future,” said study lead author Aaron Bernstein, acting director of the Chan Center for Climate and Climate. Harvard Health. and the Global Environment, in a statement.

The researchers went a step further. They also investigated hospitals with nearby roads likely to flood during hurricanes, potentially cutting off access to people in need of medical care. They found seven metropolitan statistical areas where at least half of the roads within a mile of a hospital would be at risk of flooding during a Category 2 storm.

In general, areas with flooded roads would likely have flooded hospitals as well. But the study did identify some metropolitan areas where dry hospitals are likely to be surrounded by flooded roads, including Boston and New York.

“With the prospects of more intense hurricanes making landfall in higher seas due to climate change, greater hurricane resilience will be needed to ensure that healthcare remains viable when it is needed most,” the researchers write.

Moon Landrieu dies at 92; The mayor of New Orleans defended the integration

Moon Landrieu, who reshaped racial politics in one of the country's most polyglot and uncontrollable cities, New Orleans, where he won the mayoralty in...
Read more

For those of you who want to be good parents, there is a modern tutorial. And it does not require any additional supplies. An...
Read more

What does Putin’s mobilization mean for the war in Ukraine?

There were some protests in Moscow at the beginning of the war, which I think were seen as classic anti-war protests. And there...
Read more