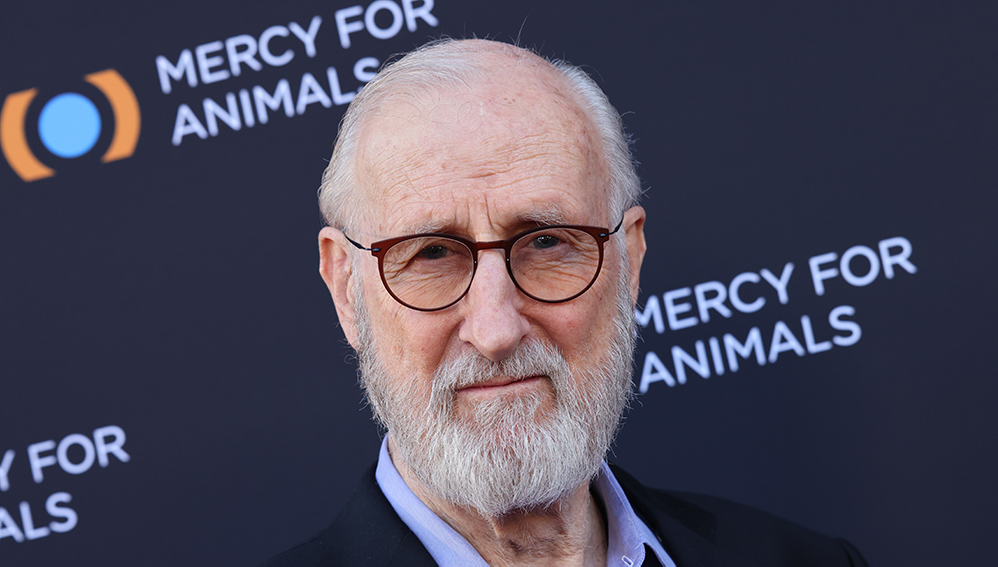 It’s been more than 25 years since actor and activist James Cromwell played one of his most indelible roles, the good-natured farmer Arthur Hoggett in “Babe,” but he’s been a friend to animals and an advocate for their rights longer.

During the 23rd annual Friday night gala for Mercy for Animals, dedicated to preventing cruelty to farm animals and advocating for compassionate food choices, Cromwell received the organization’s Hope Award for his steadfast commitment to causes furry and feathered, a dedication that has often led him to end up in handcuffs as a result of his passionate protests. He was honored along with additional honorees: author and content creator Joanne L. Molinaro, aka the Korean Vegan, and influential vegan chef Babette Davis.

“[My arrest record] It’s really no big deal,” Cromwell said. Variety with a chuckle as he arrived at the Gala at the Skirball Cultural Center in Los Angeles, saying his experiences of being secretive and photographed were well worth raising awareness and challenging unnecessarily cruel institutions, often in concert with People for the Ethical Treatment of People. Animals.

“We’ve been arrested a couple of times and it seems to make a difference. It wouldn’t be as much fun if it didn’t,” the 82-year-old Oscar nominee added. “And progress is being made, which is a counterpoint to the desperation and pain you feel from what you mostly see around us, which is mindlessness, cruelty and abuse.”

Cromwell raised his hand to illustrate his advantage when the authorities put him down. “This is the club: the pretty white skin,” he explained, noting that he believes his whiteness has proven to be a shield against overtreatment when under arrest, and he rarely encounters threats of violence, but he doesn’t. never.

“One of the first times we did it, the cops were mad at us because there was a funeral for a cop at the same time and they thought we scheduled it on purpose,” he revealed. “So when he put the handcuffs on me, he really tightened them, then he put me on the plastic seat in the back and your hands are [behind you] and there’s no room for my knees so they push you against the back of the seat with the handcuffs on it hurts like my motherfucker!

But Cromwell doesn’t mind risking a little pain: Earlier this year, he taped his hand to the counter of a Manhattan Starbucks to protest the high cost of the coffee megalith surcharge for plant-based milk.

“It wasn’t painful at all, it was as simple as a piece of cake: I just threw it out, put my hand in it,” he shrugged. “Acetone probably isn’t the best thing to put on your skin…it took her about 10 minutes to get off.”

“The really weird thing about it was that I wasn’t just glued and sitting on the counter, but I was at the top of my voice, not yelling, but at the top of my voice explaining why we were doing it,” he added. . “People came in and, except for one moment, no one looked at me or said, ‘Oh, that’s a famous guy.’ Or, ‘What is he doing? What is he against? It just shows you how docile and unimaginative and always wanting to think, ‘My little cocoon protects me from anything, so I’m not going to stick my nose out because they might cut it off.’ Which is a shame.”

Meanwhile, when not under arrest, Cromwell is still excited to appear regularly on HBO’s “Succession” in his Emmy-nominated role as the wild Roy family’s uniquely principled Uncle Ewan.

“I would like to do more, because I think the show, personally, in my opinion, needs the balance of another point of view to be effective,” he said. “But mostly I’m pleased with the guy and what he represents… I told J. Kim Murphy jesse [Armstrong], I can not become a jewelry. It has principles. Yes, it is hard. Yes, he is part of the family. Yes, he is privileged. But he does have a moral compass, which no one seems to have or care about. And I appreciate it.”

Living robots made from human cells can induce healing of neurons

On Monday, the FTC requested more information from both companies about the $1.7 billion settlement, according to a investor presentation from iRobot, in what...
Read more