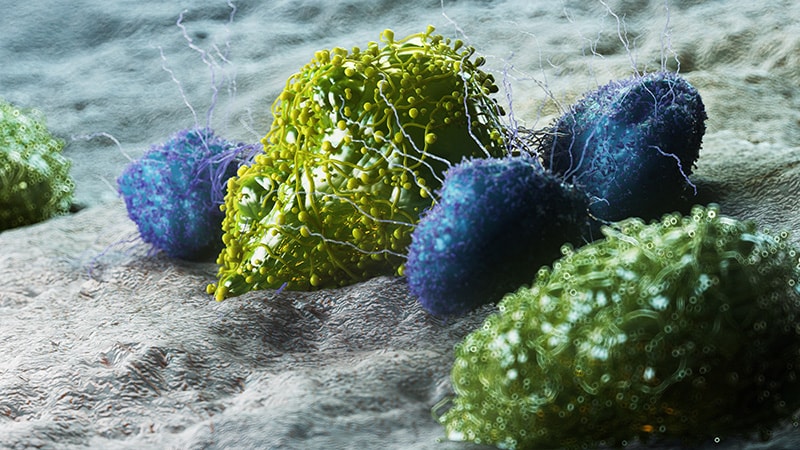 Cell therapies have already made a big impact in treating blood cancers, but progress in solid tumors has proven more difficult. Now, in a first multicenter randomized trial to compare the two, a new cell therapy has shown superior outcome to immunotherapy in patients with advanced disease. melanoma.

The cell therapy used in this trial consisted of adoptive tumor-infiltrating lymphocytes (TILs), which were manufactured individually for each patient, much like chimeric antigen receptor T cells (CAR T cells) are for patients with blood cancers. . However, the process involved is somewhat different, as TILs are made from lymphocytes that have infiltrated the patient’s tumor and are harvested by surgery on the tumor, whereas CAR T cells are made from cells circulating blood.

The phase 3 trial involved 168 patients with unresectable stage IIIC-4 melanoma and showed that patients who were treated with TIL achieved significantly improved progression-free survival (PFS) compared to standard immunotherapy with ipilimumab (Yervoy).

He presented the findings at a presidential symposium during the 2022 European Society for Medical Oncology (ESMO) Congress in Paris, France.

“The results of this trial may drive further investigation of TIL in other cancer types, potentially demonstrating benefit in many other solid tumors and expanding the treatments available to patients,” said Maya Dimitrova, MD, a medical oncologist at NYU Langone Perlmutter. Cancer Center, New York. City. She was approached for comment by Medscape Medical News and did not participate in the research.

Immune checkpoint inhibitors and targeted therapies have become the standard of care for advanced melanoma and have greatly improved patient outcomes, he said. But since approximately half of the patients treated with these agents will not achieve lasting benefit, the need for new treatment options remains.

“Although immunotherapy can produce impressive long-term responses, a substantial percentage of patients will not respond, or have a durable response, to checkpoint inhibitors,” Dimitrova said. “TIL therapy has demonstrated efficacy in melanoma. However, no phase III trials have been conducted to date to compare its efficacy to a standard of care regimen.”

He noted that these results are consistent with previous reports of a response rate of approximately 50% with an impressive 20% complete response rate in the TIL group. Data from a phase 2 trial reported last year, for example, showed an objective response rate of 36.4%.

“It will be important to determine the persistence of antitumor activity and whether there are biomarkers that can help with patient selection given the resource intensity of therapy,” Dimitrova said. “TIL therapy will likely become a new standard of care in metastatic melanoma refractory to immune checkpoint inhibitors.”

In the current study, Haanen and colleagues randomly assigned 168 patients to TIL or ipilimumab (3 mg/kg every 3 weeks, maximum 4 doses). Patients were stratified for BRAFV600 mutation status, treatment line, and center, and the majority (86%) were refractory to anti-PD-1 treatment.

Patients in the TIL group underwent resection of a melanoma lesion (2-3 cm) for ex vivo growth and expansion of tumor-resident T cells. Before the cultured TILs were re-infused into the patients from which they were created, the patient underwent non-myeloablative and lymphodepleting chemotherapy with cyclophosphamide plus fludarabine that was followed by a high dose of interleukin-2.

Grade 3 or higher treatment-related adverse events occurred in all TILs and in 57% of ipilimumab patients, although Haanen noted these were manageable and, in most cases, resolved when patients were given hospital discharge.

Also commenting on the study, Anthony J. Olszanski, MD, RPh, associate professor and vice chair for clinical research, Department of Hematology/Oncology at Fox Chase Cancer Center, Philadelphia, Pennsylvania, agreed that treating patients with melanoma that does not respond or progress after being treated with immunotherapy is “challenging and represents an unmet need.”

“TIL therapy is, in a way, an ultra-personalized therapy because we harvest immune cells from the patient’s tumor, expand them outside the body, and then re-infuse them,” he said. “This trial, which randomized patients between TIL and the CTLA-4 inhibitor ipilimumab, has demonstrated impressive progression-free survival and overall response rate benefit and will help establish TIL therapy as a viable treatment strategy.” for some patients.

The study was supported by the Dutch Cancer Society, the Netherlands Organization for Health Research and Development, the Dutch Ministry of Health, Stichting Avento, Copenhagen University Hospital, Herlev, the Danish Cancer Society and the Foundation of Investigation of the Capital Region of Denmark.

Haanen and several of the co-authors have disclosed multiple industry relationships, as noted in the abstract. Olszanski reports serving on advisory boards for BMS, Merck, and Instil Bio and reports conducting tests for them.

Roxanne Nelson is a registered nurse and award-winning medical writer who has written for many of the major media outlets and is a regular contributor to Medscape.

Rachel Brosnahan Is Trying To ‘Appreciate’ Her Time With The Cast Of ‘The Marvelous Mrs. Maisel’

Democratic Governor Kathy Hochul of New York, who is running for a full term in the November election, has rejected her Republican challenger Rep....
Read more

How “Less Is Lost” finds its footing

In the sequel to Andrew Sean Greer's Pulitzer Prize-winning novel, a fiction writer leaves the Bay Area to travel across America and discovers how...
Read more