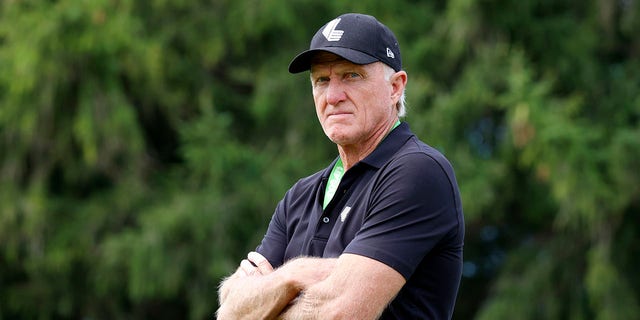 The PGA Tour has filed a countersuit in response to LIV Golf antitrust lawsuit, stating that the Saudi-backed rival circuit has encouraged its members to “breach their Tour agreements” and “take advantage of the Tour’s investment in the development of professional golf”.

The countersuit was filed in federal court in Northern California on Wednesday. in response to the amended complaintwhich now includes LIV Golf and just three of the original 11 plaintiffs who first filed the lawsuit in August.

“In fact, a key component of LIV’s strategy has been to intentionally induce Tour members to breach their Tour agreements and play in LIV events while seeking to maintain their Tour memberships and play in prominent Tour events such as The Players Championship. and FedEx Cup Playoffs, so LIV can travel for free from the Tour and its platform,” the countersuit says, through Golf Week.

“LIV has openly sought to damage the Tour’s business relationships with its members by inducing them to breach its contractual requirements, even going so far as to pay members’ legal fees to make breaching their contracts with the Tour more tempting.”

Phil Mickelson, Talor Gooch, Ian Poulter and Hudson Swafford filed a motion Tuesday to dismiss as plaintiffs in the lawsuit. accusing the PGA Tour of unfairly suspending its members and using monopoly power to try to crush competition.

But the Tour said on Wednesday that Golf LIV has acted “unfairly” by attracting players with its lucrative signing bonus and false promises of being able to compete on both circuits.

“LIV’s statements regarding golfers’ freedom are a thinly veiled public relations ploy concocted to discredit the Tour and deflect criticism of LIV’s own restrictive business model,” the claim read.

“This case isn’t about unfair competition: If anyone is competing unfairly, it’s LIV, not the Tour. Instead, it’s a cynical effort to avoid competition and take advantage of the Tour’s investment in developing professional golf. Plaintiffs. The accusations are baseless and completely without legal merit.”

LIV issued a statement of its own:

“The Tour has made these counterclaims in a transparent effort to divert attention from its anti-competitive conduct, which LIV and the players detail in their 104-page complaint,” said Jonathan Grella, the main spokesman for LIV Golf. “We remain confident that the courts and the justice system will correct these mistakes.”

Only three of the original plaintiffs remain: Bryson DeChambeau, Matt Jones, and Peter Uihlein. The test date is set for January 2024.

Associated Press contributed to this report.

Get This HyperX Wireless Gaming Mouse For Just $35

If you've been looking for an affordable gaming mouse, you're in luck as we've got a great deal for you today. HP is selling...
Read more

What are hotdogs made of? We asked the experts after this photo went viral

It's pink, it's long, and it comes in many different sizes. That's right, it's the hot dog, America's favorite...
Read more