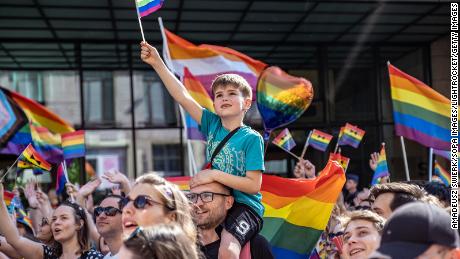 On World Suicide Prevention Day and beyond, awareness of the realities of suicide can help people view these deaths with more understanding and compassion, realize the importance of helping others get help, and address their concerns. own mental health issues if they struggle, says NAMI.

Myth: Everyone who attempts suicide has a mental health condition.

One myth is “that only certain people experience suicidal thoughts, people with mental health problems,” said clinical psychologist Michael Roeske, senior director of the Center for Research and Innovation at Newport Healthcare.

“A lot of people don’t necessarily meet the criteria for a mental health disorder, but in very stressful situations, they lose an important job, find out about infidelity with a long-term marital partner, and they’re like, ‘Oh my God. I don’t know. How am I going to go on living?

Other factors may include life stressors such as criminal or legal matters, persecution, eviction or loss of home, bereavement, a devastating or debilitating illness, trauma or other crises, according to NAMI.

“There’s a derogatory connotation that comes with the word selfish, as if someone is typically making this decision for a pleasurable reason,” Roeske said. “Maybe being myopic is a better way of saying that their focus becomes really limited to what’s immediately in front of them. And they can’t see the larger context of their life story, relationships and the dimensionality of things.” .”

People who attempt suicide or die by suicide more often want to end their struggles or see themselves as a burden to loved ones, according to Roeske.

“It’s not a selfish piece in the sense of someone making a decision for their own benefit,” he added. “It’s a decision based on the idea that ‘I don’t know how to get out of this moment. I feel so overwhelmed. I feel so stressed. I feel so sad because this chance to escape is what I need and I don’t feel like I have another chance.’ option'”.

Some people think that those who express suicidal thoughts are attention seekers, or that they are aware of sympathy that may offend but do not intend to die.

“Regardless of how you respond,” Roeske said, “you still have to take seriously that there is a grain of truth inside: that this person really feels this (and) is struggling so much.”

Myth: Suicide is a choice

Some experts maintain that suicide is not an autonomous choice, according to the American Foundation for Suicide Prevention.

“That’s a pretty big philosophical question: where does free will come in? Are we the consequence of our experiences?” Roeske said. The mindset of a suicidal person is similar to that of someone with a chronic relapsing substance use disorder, she said.

“They are not willingly choosing substances over their children. They are not making a choice to harm their physical health or be a poor employee or a poor citizen or engage in illegal behavior,” Roeske said. Due to neurochemical changes, these people have limited choice in terms of what they think is possible and what they can do.

There is some will to suicide, but suicidal thoughts can be so overwhelming that they crowd out everything else, Roeske said.

Myth: Talking about it will lead to or encourage suicide

One myth “is the fear that if you talk about suicide, it will encourage it, and people will avoid it,” Roeske said. Asking someone about the warning signs she’s noticed may seem awkward, but “it doesn’t really lead to an increase in completed suicides,” she added.

Having honest conversations about suicide can help reduce stigma and empower people to seek help, reconsider their options and share their stories with others, according to NAMI.

If someone attempts suicide but then seems better in the days or months afterward, you may think your risk is gone. But the reality could be the opposite: The three months after an attempt is when someone is most at risk of dying by suicide, according to the Nevada Division of Public and Behavioral Health. Office of Suicide Prevention.

“The apparent end of the problems could mean that the person has made a firm decision to die by suicide and feels better because of this decision,” he says.

The biggest predictor of risk for subsequent attempts is previous suicide attempts or having family or friends attempt suicide, Roeske said.

How loved ones and experts respond to a person’s suicide attempt could provide temporary relief or kick-start support efforts, he added. But what initially drove the person to attempt suicide may still be in play.

In addition, there is sometimes “an escalation in media lethality,” Roeske said.

Myth: You can’t stop someone from trying to kill themselves.

But Baker added that some research has found that people may perceive interrupted or survived attempts as a “new lease on life.”

A similar myth is that “once an individual is suicidal, he or she will always remain suicidal,” according to the NAMI website.

But there are factors that can influence the level or likelihood of suicide risk, Baker said. A history of self-injurious behavior and genetic makeup are fixed factors, while dynamic factors are constantly changing because they are situation-specific, says NAMI.

Suicide “is often an attempt to control deep and painful emotions and thoughts,” says the NAMI site. “Once these thoughts dissipate, so will suicidal ideation. While suicidal thoughts may return, they are not permanent. A person with suicidal thoughts and attempts can live a long and successful life.”

If someone you care about is struggling, it’s worth the effort to become familiar with the signs that your loved one is at risk for suicide.

“People typically do what they want to do,” Roeske acknowledged.

“But there are things we can do along the way that help mitigate some of the problems that are happening to them,” he said. “Having that sense of various signs of suicidal potential is helpful.”

Trevor Lifeline, a suicide prevention counseling service for the LGBTQ communitycan be reached at 866-488-7386.
friends all over the world connect users to the nearest emotional support center for the part of the world in which they live.
crisis text line is an international service that provides a live, trained crisis counselor through a simple help text. The first responses will be automated until a counselor is online, which typically takes less than five minutes.
Share
Facebook
Twitter
Pinterest
WhatsApp
Previous articleAir Pollution Cancer Breakthrough Will Rewrite the Rules
Next articleTwitter Employees Concerned China Could Collect User Data: Whistleblower
RELATED ARTICLES
HEALTH

Nutrition for children: Guidelines for a healthy dietYou want your child to eat healthy foods, but do you know...
Read more
HEALTH

Contaminated food could be playing a role in the rise in hepatitis A infections, according to European officials. Hepatitis A virus (HAV) genotype IB clusters...
Read more
HEALTH

Nutrition for children: Guidelines for a healthy dietYou want your child to eat healthy foods, but do you know...
Read more

Contaminated food could be playing a role in the rise in hepatitis A infections, according to European officials. Hepatitis A virus (HAV) genotype IB clusters...
Read more

When I'm writing, I make my own rules. Words and punctuation do what me tell them to do it, and I don't need...
Read more
Load more

How California keeps the lights on during the monster heat wave

When the temperature rises, so does the use of air conditioners and the demand for the electricity that powers them. Unusually high electricity...
Read more

Subs recalled in British Columbia due to Listeria concerns

Nutrition for children: Guidelines for a healthy dietYou want your child to eat healthy foods, but do you know...
Read more

Contaminated food could be playing a role in the rise in hepatitis A infections, according to European officials. Hepatitis A virus (HAV) genotype IB clusters...
Read more