US defense chief visits Hawaii amid mistrust over fuel spill 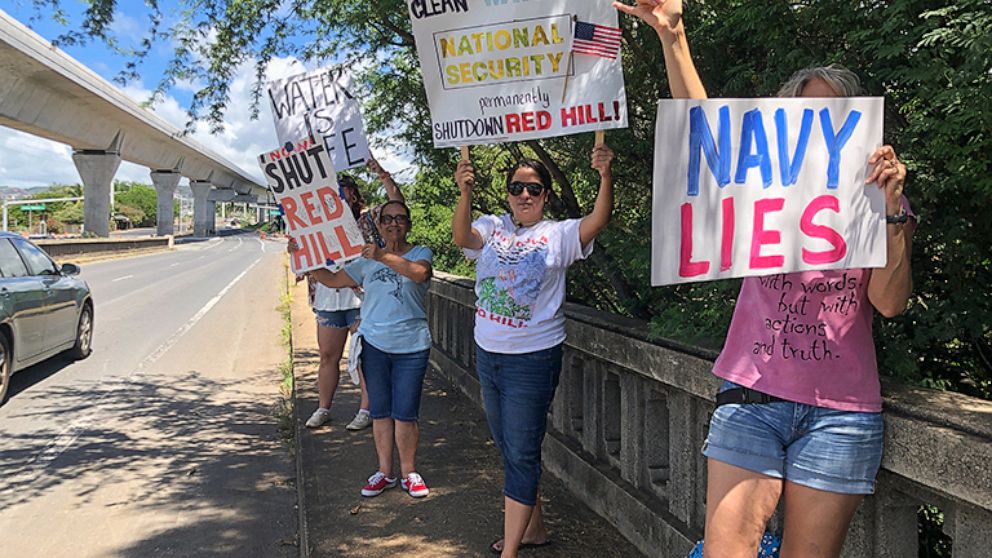 Austin was in Hawaii to meet with his counterparts from various allies in the Indo-Pacific region. He was also scheduled to meet with the commander of a joint task force in charge of draining fuel from the Red Hill bulk fuel storage facility so it can be closed.

Cheri Burness, who lives in Navy housing, doesn’t drink the tap water in the house she shares with her sailor husband and two teenage sons because she doesn’t think it’s safe 10 months after the spill.

His family has spent $3,000 of their own money to install filters on all the faucets in the house so they can take a shower, brush their teeth, and wash the dishes. She spends between $70 and $100 a month to have water delivered to her house to drink. They also use bottled water.

She recalled how Navy leaders initially told Pearl Harbor water users that their water was safe to drink after the November spill. The Navy only told people to stop drinking tap water after the state Department of Health intervened.

The Navy subsequently flushed clean water through their pipes to clean them. In March, the state Department of Health said tap water in all residential areas served by the Navy water system was safe to drink.

But Burness said he was never able to see the reports from his home after the test. She was only told that her water was good.

“I don’t trust them because they didn’t do anything to prove to me that it was ever okay,” Burness said.

A Navy investigation later showed that a cascading series of errors, complacency, and lack of professionalism led to the fuel spill, which contaminated tap water used by 93,000 people in the Navy’s water system.

The army put families up in hotels for several months, but stopped paying once the health department cleared people to drink tap water again.

Samantha McCoy, whose husband is in the Air Force, joined several dozen protesters outside the US Pacific Fleet headquarters on Friday, holding signs reading “Navy Lies” and “In the Navy We don’t trust.”

McCoy said his family suffered from migraines, rashes, skin sores and gastrointestinal problems that only subsided when they moved out of military housing last month.

“It took four months of daily migraines to get a referral to a neurologist. And that is really unacceptable,” she said.

Kristina Baehr, an attorney with Texas-based Just Well Law, sued the federal government last month on behalf of four families, but said she will add more people from among the 700 clients she represents. Burness and McCoy are among her clients.

“They were not warned to stop drinking it and 6,000 people went to the emergency room,” he said. “So a lot of these people have just gotten sick over time.”

Austin planned to meet with several affected families, Pentagon spokesman Brigadier General Pat Ryder told Hawaii News Now. An aide traveling with Austin did not immediately return messages to The Associated Press on Friday. The meeting was closed to the media.

Baehr said his clients were not among those chosen to speak with Austin. However, he said that if they had a chance to talk to Austin, they would tell him to stop officials from saying that no one is medically affected by the spill and that there are no long-term effects.

They would also encourage you to provide proper medical care to families, safe housing because families claim houses were not properly repaired, and compassionate reassignment to other bases for all those who request it.

She supports the Navy’s offloading of fuel from Red Hill, but says it can’t end there.

“As long as you’re focused on dumping fuel, you can’t ignore the 93,000 people you poisoned. You need to provide safe housing and real health care right now for those families,” he said. “This is an urgent need.”

The spill upset a wide spectrum of Hawaiians, from liberals to conservatives and from veterans to environmentalists. Many native Hawaiians have been angered by the central role of water in indigenous traditions that revere water. It has also increased deep-seated mistrust of the US military among Native Hawaiians dating back to the US military-backed overthrow of the Hawaiian monarchy in 1893.

Dani Espiritu, who was also at Friday’s protest, said the military was putting Native Hawaiian lives, land and culture at risk.

“All of our cultural practices are tied to aina,” he said, using the Hawaiian word for land. “And just as you poison Aina and endanger the health and well-being of the communities, you are also endangering all the traditional practices that are linked to those places.”

The military plans to drain the fuel from the tanks by July 2024 to comply with the Hawaii Department of Health’s order to close the facility.

The Honolulu Water Company and the Sierra Club of Hawaii have raised concerns about the threat Red Hill has posed to Oahu’s water supply since 2014, when fuel leaked from one of the storage tanks. But the Navy assured the public that its water was safe and that it was operating the storage facility correctly.

Manila, Philippines -- More than 2,500 U.S. and Filipino marines joined combat exercises Monday to respond to any sudden crises in a region on...
Read more
LATEST NEWS

Max Scherzer walks out amid perfect game offer, still earns career No. 200 as New York Mets return to playoffs for first time since...

MILWAUKEE -- For the New York Mets, a playoff spot was certainly worth celebrating. Even if they still have bigger goals on the...
Read more

The biggest games launching in October 2022: Gotham Knights, Call Of Duty and much more

The products discussed here were independently chosen by our editors. GameSpot may get a portion of the proceeds if you purchase something featured...
Read more